A downloadable game for Windows

---THIS GAME WAS MOSTLY MADE IN 1 DAY ON LIVESTREAM---

ODR-SCP860 is a game based on SCP-860. A blue key that unlocks any door at the location written on its blade. Where it takes you... Well, that's a different story.

I really enjoyed creating this project and am considering creating a longer more polished game depending on feedback.

Things a full game could include:

*Weapon mechanics to try and defend yourself in late game

Please leave a comment on things you liked (or things you didn't) and whether you would like to see this as a full game!

This was a very beautiful game. Some buggy spots but overall, its a fun experience ! I really hope one day the game can get fully made!

First game played in this video and heck... Wasn't it beautiful?? Just felt bad about the random breaks it had by looking at certain spots, which was kinda annoying to be honest... Still, Good job on this one!

This Demo definitely has plenty of potential to be a great game. For the next update, please if you could, make spatial audio be tolerable for headphone users? RIP my hears when the BIG BOY gets close. Overall, good time for a demo!

SCP 860 is a blue key that can open any door but takes you to {REDACTED}. Will this little blue key bring us good fortune, or take us to an unsavory demise?

This game was super fun, hope to see it become a finished product!

After the second run, the game bugs out and severely drops in framerate to the point where it's unplayable.

Thank you for letting me know this. I'll add it to the list to fix in this next patch.

I really dig the models and the atmosphere, which are amazing, especially the forest. You really did a great job on the models part.  But you kinda forgot it is listed in the official SCP Foundation that there is a blueish fog, and you changed it to frighten a player later on, but to me it was anticlimactic.

I don't mean to be harsh, but I was met with a bug in my first playtrough, and when replayed properly I was a little disappointed by the SCP noises.

Let me tell you what I mean. The bug was that I started with no sound, so I had no idea there was even a narrator. I walk in, and I get an obstacle. I try to walk around it, and after bumping into invisible walls and wandering for about a minute I make it to the end of forest 1. I go to futher, and my game suddenly ended, which was, that I didn't hear it, of course.

These fake bear noises were quite unfitting. Check this official page for reference, since it is listed in the actual wiki what sounds it makes:

I like how you animated and thought up a model, which was surprising and uncanny (which scares me out of my chair). I didn't properly see it in the second playtrough, there was a large thing clipping into me so I had to replay in order to see it.

Edit: I forgot to list that the menu music sounds like something from an mmorpg, and it took the immersion away.

Thanks for the feedback on the game! I'm glad you shared your criticisms. The game can't grow without it.

As far as the fog goes, if you look in document iv you'll notice that the fog is a red tint when subject 1 is in 860-1. There are some original things that I have changed, (like the monster, which is never visually described beyond a paw, and audio was never described past a roar. [I realize this roar that is currently in game is not ideal, and will be replaced later]) but overall the final version of the game will MOSTLY adhear to the Foundation Wiki for those 4 explorations. There will be some changes I make for creative control. (SCP containment breach did this as well) But the goal is to more adhear to the documents for the demo. Thanks again for your feedback and I'll definitely be taking it all into consideration for the future of the demo and the final game as it takes shape.

Thank you for giving the game a try! And also, thanks for letting me know about your performance issues. Would you be able to drop your specs? I'll be adding graphics options soon but in the current build the game is running on almost completely maxed settings. That may contribute to the lag. Keep an eye out for future dev streams and updates to the game. The demo has more to come before it splits to the full game!

I should be doing a bunch of work this weekend on the demo to bring it in line with the quality I expect for the final game. I'll aim to add settings in that update!

Very Short, but really enjoyed it. Hope you continue creating this game. The door could literally lead to anywhere.

Special Containment Procedures: SCP-860 is to be contained in a small wooden box in a vault at Sector-██. By itself, the object is inert, and no further containment procedures are needed. Description: SCP-860 is a dark blue key of unremarkable shape. At seemingly random intervals of time, a series of numbers, later found to be UTM coordinates, will appear on the key's blade. In the time SCP-860 has spent under containment, the numbers have changed three times, giving the coordinates for ██████ (Germany), ██████ (England), and Site-██.

SCP-860 can fit in any door lock that requires a key located in the area of the given coordinates, and will function identically to the correct key for that lock. SCP-860 only works on door locks, and only if they are attached to a door; it will not work on any other type of locking device.

When SCP-860 is used to unlock and open a door, the door does not lead to its usual destination. Instead, it opens into a small forest clearing centered on an 80 cm wide footpath, designated SCP-860-1. Every observation of this grove has noted the presence of blue-colored mist. The trail inside SCP-860-1 usually leads to another door attached to another infinite concrete wall. This second door leads to the normal destination room of the door on which SCP-860 was used.

A number of other anomalous events have been reported by personnel conducting explorations of SCP-860-1. These are explained in more detail in Documents 860-I through 860-IV.

Following the events of Exploration IV (described in Document 860-IV), only level 4 personnel may perform tests on SCP-860.

Incident 860-██-12: On ██/██/████, ██ days after Exploration IV, SCP-860 was found on Dr. ███'s office table, ████ m from its containment unit. The item's containment locker had not been opened. Video surveillance from ██:██ AM shows the key suddenly materializing on top of the table. It is currently unknown how or why SCP-860 was moved. The incident had a profound effect on Dr. ███. Psychiatric evaluation is recommended.

This game prototype is really good so far!  I would definitely like to see a full game for this!  Great job!

Would love to play more of this, please keep making! :D
Here's my gameplay of it, in case you're interested in that sort of thing! :)

Glad to hear you enjoyed it! The mirrors are the biggest issue in the bedroom right now. The VOD goes through most of the development. There came a certain point I had to call it quits on the stream.

I like that the character talks. few games on itchio have that

That's something I'll take into consideration as I look into full development. Thanks for your feedback and playing the game!

Amaizing game, I really enjoyed it. Great graphics and tension when the hulking beats makes the ground tremble and when it picks up the phase. Got that tickely/cramping feeling in my gut as it came for me. I see that you have a passion for SCP games. I know another developer who has made some great games as well, his name is Devy_Games (https://devy-games.itch.io/a-hole-to-another-place-scp-1437). He is also very talented and seem to have a passion for SCP games. If you would like too, I think you and him working together could make an absolute masterpiece of an SCP game. I think you should check him out and consider it. Anyway, fantastic game, can not wait for future updates and new games from you, and yes, for gods sake, please complete this game! :D

Thanks for the feedback and I'm very glad to hear you enjoyed it! I'll keep this page up to date on progress with development! I'll have to look into Devy_Games, sounds interesting! 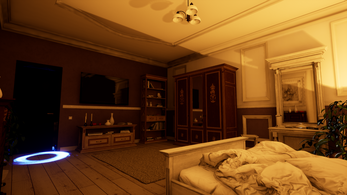 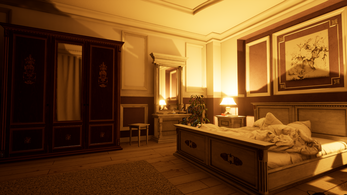 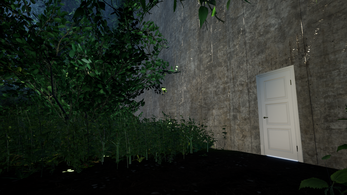 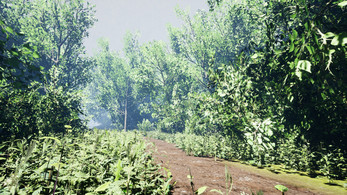 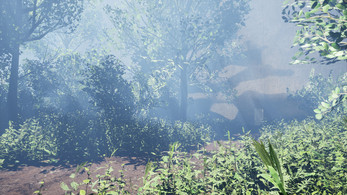